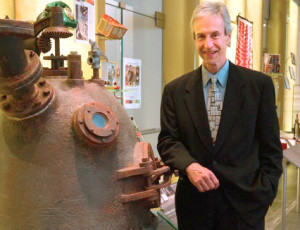 That question, asked of Times Square visitors, opens a new documentary that provides the answer: it was the first synthetic compound, which led to plastics. Invented in 1907, the heat-resistant, nonflammable, moldable and strong material played a vital role in the distribution of electricity and development of the automotive and radio industries, among others. Today plastic is ubiquitous, or as one person observes in All Things Bakelite, “Without plastics, you’d have an alternate universe.”

And while the names of the men who invented electricity, the telephone, the automotive assembly line and rubber tires are well known, few outside the chemistry field can name the father of the plastics industry, Leo Hendrik Baekeland (1863–1944). But Hugh Karraker of Redding, executive producer of All Things Bakelite and Baekeland’s great-grandson, hopes that the film about the innovator helps change that, noting, “Just as plastic touches everyone’s lives, All Things Bakelite will have relevance to many people in many differing disciplines.” 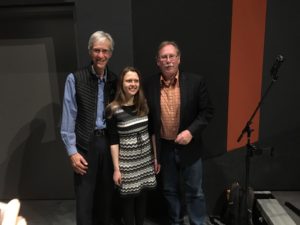 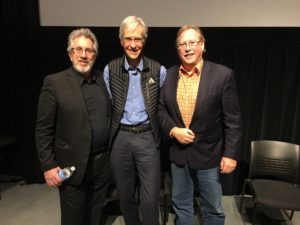 The All Things Bakelite team would like to thank Professor Cindie Kehlet and everyone at Pratt Institute for helping to make our private screening a success.

Special thanks to Professor Katarina Posch, for being an integral part of our film. She is an inspiration. Preceding the film, there was a wonderful PowerPoint presentation about her. The kind words shared by Katarina’s colleagues were truly heartfelt.

All Things Bakelite private screening at The Prospector Theater in Ridgefield, CT on Saturday, March 19th, 2016. This video shows the audience reaction to the film. 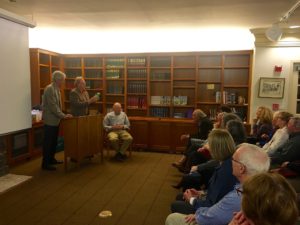 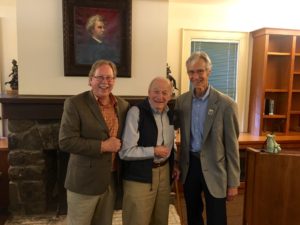 A heartfelt thanks to everyone who helped make our private screening of the documentary All Things Bakelite at the Mark Twain Library a success!  It was wonderful to see family, friends, colleagues and supporters share the festivities!

Special thanks to the library staff, Margaret McIntire, Beth Dominianni, Elaine Sanders and everyone who pitched in. And of course, Hugh’s uncle, Carl Kaufmann who provided so much to the making of our film.  He drove from Mystic, CT to see the film, and participated in the engaging Q&A discussion.