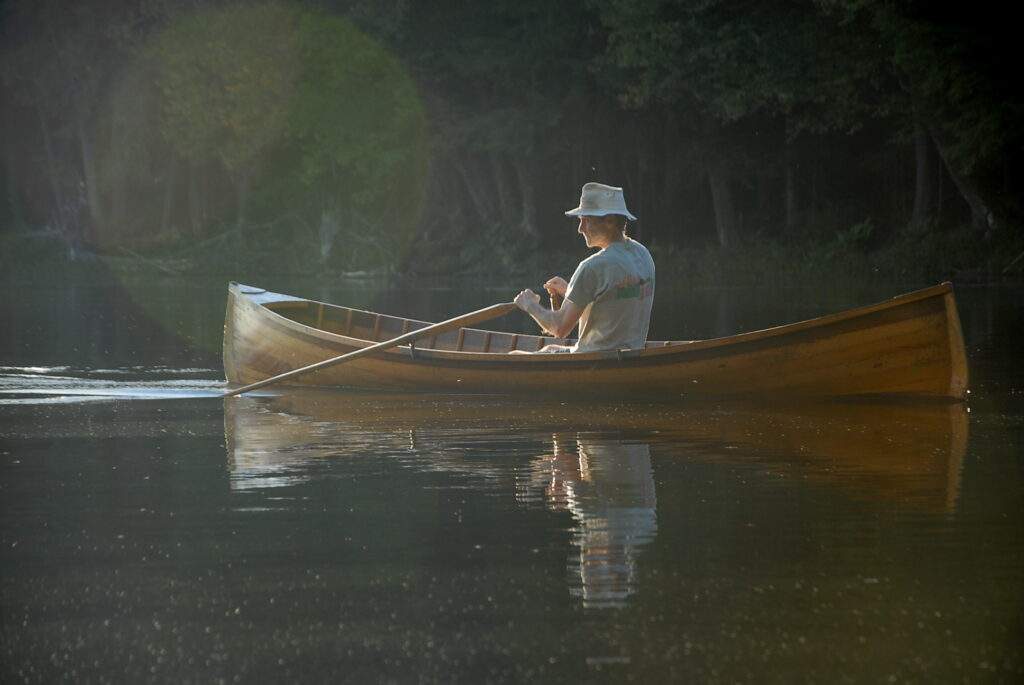 Hugh Karraker was the Executive Producer of the documentary film, All Things Bakelite: The Age of Plastic. The film was the culminating achievement in a remarkably creative life that centered on communicating compassion, learning, environmental advocacy and, in no small part, raising the recognition of his great grandfather, Leo H. Baekeland, the Belgian-born American who invented Velox photographic paper and, in 1907, created Bakelite, the first wholly synthetic plastic.

For 30 years, Hugh was a successful actor in New York and Los Angeles, working in theater, film, television, and print. He earned a BFA in acting at the University of Connecticut, studied in London at The Guildhall School of Music and Drama, and later co-founded the Magic Circle Theater in Chicago.

But all his life, Hugh’s mother and family archivist, Céline Baekeland Roll Karraker, shared stories with him of her grandfather, Leo Baekeland. Then in 2006, Hugh inherited her rich collection of photos, films, letters, and notes on Baekeland’s 62 personal diaries, which she had donated to the Smithsonian Museum. That set Hugh on a mission to share the inspiring story of his great grandfather with the world. But even as he celebrated the life and achievements of Baekeland, Hugh was also acutely aware that plastic was a double-edged sword and he advocated strongly for the responsible manufacture, use, and re-use of this world-changing material.

Hugh founded The L.H. Baekeland Project, which through world-wide exhibitions, presentations, and media, promotes the history, the science and the art of Bakelite, the life of Leo H. Baekeland, and advocates for a clean environment.

Hugh’s work with the Baekeland Project, like plastic itself, covered the globe. In 2007, Hugh traveled to Amsterdam to meet Reindert Groot, owner of the Amsterdam Bakelite Collection, an extensive and defining collection of Bakelite objects. That led to a three-year traveling exhibition of the Bakelite collection, which Hugh sponsored at museums around the United States. He both gathered and shared information personally with prestigious institutions, such as The University of Ghent Museum for the History of Sciences, The Chemical Heritage Foundation (now the Science History Institute), and The Smithsonian Institution. He also conducted interviews with many individuals throughout the world who had vital connections with Baekeland. Hugh shared his findings with schools, museums, and at chemical and plastics industry symposia globally, and presented in America, Belgium, China, England, Germany, Japan, Spain, and Turkey to people of all ages and in many differing fields of endeavor.

In 2009, Hugh teamed up with film director John Maher to produce All Things Bakelite: The Age of Plastic, the hour-long documentary on Baekeland and his invention. The production was six years in the making and took Hugh across the U.S. to do research and to film the unique scenes that give surprising life and insight to Baekeland’s story. The film has been seen worldwide at chemical conferences, universities, historical societies, film fests, schools, museums, and, in addition, enjoyed a successful two-year run on PBS. The film has been translated into five languages and is available on streaming platforms around the world. Its success spawned several spin-off films about Bakelite and some of the important people associated with that world.

Hugh was always grateful to everyone who helped make The L.H. Baekeland Project and All Things Bakelite: The Age of Plastic a positive influence on learning and advocacy. His generosity of spirit and compassion were inspiring, and it was these qualities, perhaps more than anything else, that drew people to him. His long-time collaborator, director John Maher remembers him as “a kind and gentle man, with strong opinions, whose choices always seemed to be on the side of truth.” Hugh Karraker’s work not only leaves a lasting mark on the legacy of Leo H. Baekeland and polymer chemistry, but also creates one of his own by perpetuating causes and values that make the world a better place.

Hugh is survived by his wife of 44 years, Sherry Arell Karraker, whom he met at summer stock in 1974. His many friends and associates will miss him greatly.

Hugh at the Prospector Theatre, Ridgefield, CT, for the premiere of his film