You are here: Home / Reviews / ‘ALL THINGS BAKELITE ‘ – Every Material Has A Heart By Pamela Perry from Flying Clouds Studios

On June 29 the documentary film “All Things Bakelite” will be showcased worldwide. In partnership with Bitmax, Executive Producer Hugh Karraker is bringing Leo Baekeland’s story to six continents via streaming platforms such as iTunes, Apple TV, Google Play, YouTube, VUDU, and more.

In 1907, Leo Baekeland changed the world forever. Baekeland was a Belgian-American chemist best known for the invention of Velox photographic paper in 1893. He moved to Yonkers, New York, built a mansion with a laboratory on the Hudson River where he invented Bakelite in 1907.

The creation of Bakelite, a synthetic plastic, was revolutionary because of its electrical nonconductivity, heat-resistant properties, and ability to mold easily.

Among the prestigious list of experts who are interviewed in the film are Pratt Institute Professor of the History and Theory of Design Dr. Katarina Posch.

Dr. Posch believes Bakelite is the first Industrial Design Style created in America. It speaks of the American culture of the last 100 years. Bakelite ‘looks precious’. It has a beautiful surface that can be marbleized, molded, and streamlined.

It doesn’t show the bones of design, but its surface, sleek, shiny, jewel-like, ‘glamourous’ with open-ended potential.

My conversation with the film Director, and Director of Photography, John Maher, and Executive Producer Hugh Karraker, left me singing the praises of BAKELITE and its creator Belgian chemist Leo Baekeland’s genius. 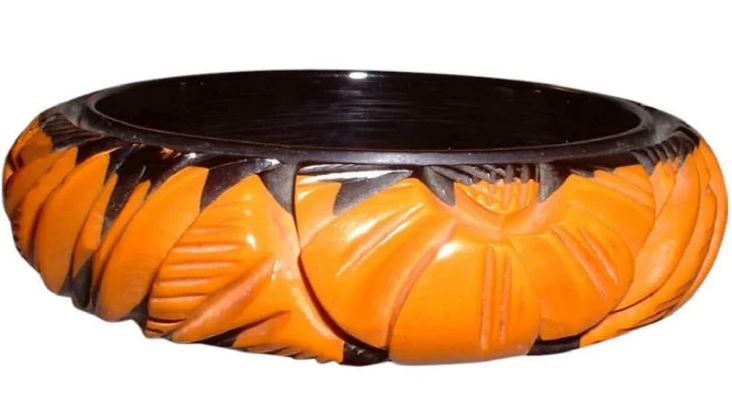 What inspired you to make the film?

Hugh Karraker: My mother’s lifelong wish was to document the work of her Grandfather, Leo Baekeland. I wanted to do this to honor my Mother. The film is dedicated to her.

How do you begin to structure a documentary feature?

Hugh Karraker: Leo also helped out by leaving 62 journals. He kept a journal for most of his life and thankfully it was filled with insightful musings and quotes that we use in the film. The journals were also a window into the heart and mind of a brilliant creator and visionary.

I know from watching ‘Throw It Down’ that you always give your films a theme. What is the theme of ‘All Things Bakelite’?

John Maher: I’m going to say, heart. Not just the heart of Leo, but the heart of Bakelite. More than one hundred years ago It was a completely new man-made product that solved problems confronted by the electrical, automotive, and construction industries. Mistakes were made when it was young (referring to pollution), but the invention had the power to mature and evolve into something that better understands its potential. It has reinvented itself, is moving forward to stop pollution, and contributes to aerospace, automobiles, computers, and technology.

Others on the prestigious list of experts who appear in the film are Jeffrey Meikle, a cultural and design historian, currently the Stiles Professor in the Department of American Studies at the University of Texas at Austin; Jeanette Garcia, IBM Research Chemist, and New York jewelry artist Jorge Caicedo.

Jorge Caicedo felt that Bakelite’s uniqueness and character caused him to ‘fall in love at first sight’.

Watch Jorge Caicedo speak about The Art of Bakelite.

As Seen On (Flying Clouds Studios)