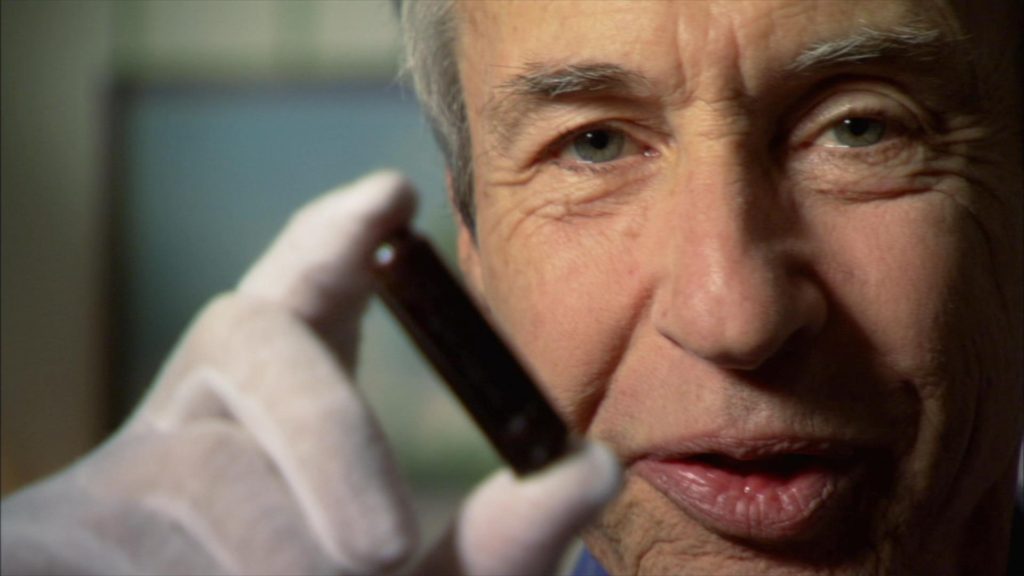 Hugh Karraker and John Maher, wish to thank Professor Robert Malloy for inviting them to show All Things Bakelite to undergraduate and graduate students and faculty of the Plastics Engineering Department at UMass Lowell on April 11th.

Professors Stephen Johnston, Margaret Sobkowicz-Kline and David Kazmer, who is replacing Bob as Department head, were also helpful in making the event a great success.  The large auditorium in Ball Hall was almost full and many students stayed afterwards to ask questions.

After the screening, Hugh and John were treated to a delicious dinner at Cobblestone’s.  A longtime friend of David’s and Hugh’s cousin, Jon Roll of Arlington, Mass., who attended the screening, joined the dinner party.